1 hr 15 min – This morning I left the hotel to run as it was still dark. Not knowing which way to go, I figured that the path surrounding the stadium oval I could see from my room was a good place to try for. It was under construction, with an older soccer pitch next door. That was a neat old brick building, ivy-covered outer walls. I would guess that will remain as a practice facility once the stadium is completed. Once I made it over the road-bridge, it was a hard-packed dirt trail along the river. Many curves, roller hills and plenty to see as the sun rose behind me. I was chilled but not for long – I wore a long-sleeve lulu shirt and shorts. The path continued out of the CBD and into more of a suburban area. Buses and light rail trains buzzed under me and over me as I followed the curvy path along the waterfront. I saw a few other runners, I had to remember to run like they drive — stay left! I saw some people riding bikes with backpacks, I surmised they were going to work and changing on site. I saw a small waterfall, and some parts of the run were in tree-lined areas, very lush green tall trees. Birds were all over, even wild cockatoos! I included a few pics taken on my iphone.

I ran for approximately 75 minutes, smiled at a bunch of locals heading to work, and fely again happy that I chose to explore the area early with a run. I can try to do more of these as the schedule gets tighter – I’ll go in a different direction if I can. The city proper looks to be a square so I have three other potential routes to chance. 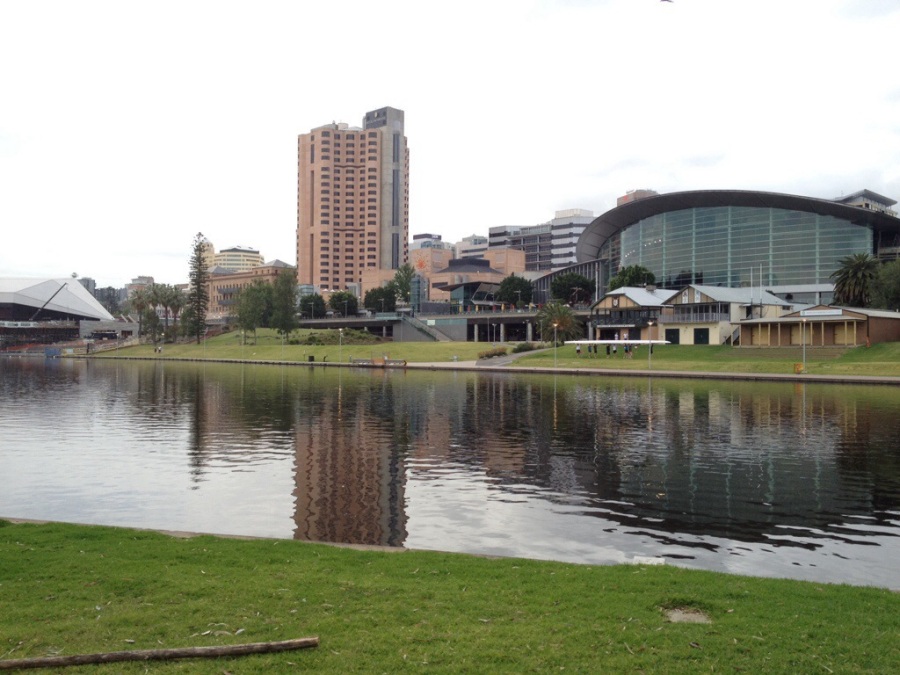