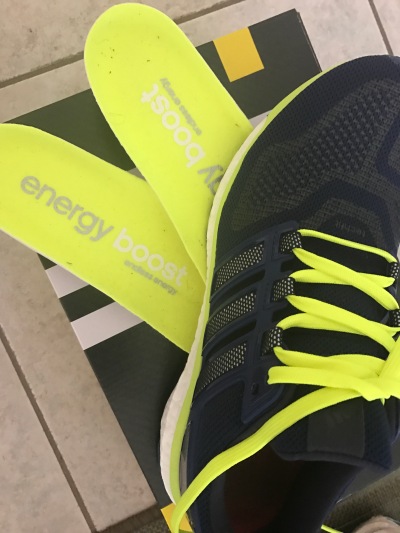 16 mi. I arrived at 4:50, finding Kathy Murphy and Teresa already there. It was 51 degrees, the coolest weather we’ve had all year. I ran south alone with a cold bottle of water in my hand – mistake! I was hovering in the 7:20-7:25 pace south to PGA Blvd. I saw Walter and the girls as I ran back north. I must have slowed to 7:30-7:45 on the way back up, because I was not averaging under 7:30 for my first six miles.

I told Kara Weber I’d run with her, thinking I’d slow down for the 10-mile store run. Erica encouraged me to run a faster pace with her, which was more beneficial to me and what I have coming up for running in the next two months.

We went as the lead group to the Inlet, Erica, John R., Ryan Billings and Atilla. Atilla led with a 7 min pace, so he was our mark to follow. Roger Hawley, dressed in all black, joined us after Jupiter Racquet Club until just past Carlin Park. He surged and fell back with us, but once we ran through the traffic light. It was good work to keep the pace, but the cool weather helped.

I had a chocolate flavored gel at the turnaround, then we were back on the pace. I was now at mile 11-16 coming back. We skipped the first water stop on the way up, but stopped at it coming home. John, Atilla, and Ryan went faster in the last mile, I was definitely satisfied at 7:00 pace. Erica continued to the duck pond to finish her 16 mi at 7:06 pace. Mine was 7:16 per mile average. The 10 with the group made that possible!

It was the first run in new Adidas Energy Boost shoes. They were light and comfortable, but louder on the street with  each foot strike, not something I usually do. They will be the go to race shoes for Miami and A1-A marathons.

Chasing The Unicorn Marathon (PA)September 13th, 2020
A special event we are traveling to for good BQ times.